The Struggles of Interracial Couples in South Korea 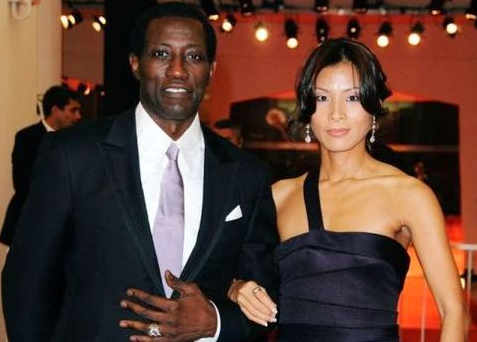 When it comes to relationships, especially interracial relationships, obstacles will always be encountered. However, living in a foreign country, those obstacles can sometimes be due to the differences in race and how society views it.

For many students at the University of Utah Asia Campus (UAC) who are involved in interracial relationships, this is a struggle that they constantly encounter. Whether it comes to them going out in public or trying to gain the acceptance from their parents, it can be a constant reminder that their difference in race matters.

In the case of a Korean UAC student, name withheld, she has been in a relationship with her Thai boyfriend for five months.  According to her, “My mother has yet to approve of our relationship. She is worried about there being a cultural difference and what that can mean for my future.”

While she has been having problems with her mother accepting her relationship, a Korean student at the University of Waterloo, name undisclosed, seems to be having a different experience.

He has been in an interracial relationship with an international student at the UAC for a little over a month. “I have not told my parents yet about the relationship. However, I have brought it up to see how they will react to the news once I tell them, and they seem to be completely okay with it,” he said.

With the diversity in the population of most Western countries, the idea of interracial couples is widely accepted and common. However, in nearly homogeneous countries such as South Korea, this idea can be unfamiliar to many, especially since the exposure to a large population of foreigners is recent.

In the past 65 years, Koreans have successfully developed their society to be one of the most technologically advanced, which makes Korea a hotpot for foreign relations and workers. The attractiveness towards the country not only deals with the possible business opportunities, but is also highly marketed to students from Western countries.

An example would be the increase of study abroad opportunities in prestigious universities such as Yonsei University as well as an expansion in satellite campuses in South Korea such as the University of Utah Asia Campus.

With an increase of younger foreigners in the country, the idea of interracial relationships has become more common among the younger generation, but it has yet too completely be accepted by the older generation.

This experience is very familiar to a UAC student, name withheld, when it comes to the stares she receives when she is out in public with her boyfriend, name undisclosed. She says “I have gotten used to being looked at due to the fact that I’m a foreigner, but the look I sometimes receive when I’m out with him often makes me feel uncomfortable.”

This has been a common struggle for interracial couples in Korea, while it can be uncomfortable for some, others such as another UAC student, name withheld, thinks of the looks as being more due to curiosity especially when it comes to the older generation.

Unfortunately, due to the population of foreigners in Korea still being quite small, controversial news can spread quickly. In 2012, the news media MBC released a short segment called “The Shocking Reality about Relationships with Foreigners.”

In the short segment, foreigners had been portrayed as being the main reason for the spread of AIDS and made the morals of foreigners questionable. It portrayed foreign men as only looking for sexual relations or as predators of young Korean women.

Things like this contribute to the bad image that surrounds foreigners. While there are some that will make bad decisions, not everybody’s intentions are the same.

Name unnamed says that she has experienced comments made to her due to being a foreigner. She says, “A little Korean boy saw me, he said, ‘Wow, a foreigner! Mom says they are ruining our country,’ and that made me feel bad because I have been living [in Korea] for a few years and am comfortable in the language, but because I look different, I do not fit in.”

Although there are definite struggles for interracial couples, there are also many positive outcomes as well. One major concern for many couples is the reaction of their parents, and whether they will accept the relationship.

Mr X, somebody’s boyfriend says, “My mom absolutely loves Amy, there was never a moment she was against our relationship, and I have introduced to other family members and everyone loves her.”

He also talked about comments he has received outside of his family. He said, “Whenever we go out, people complement us and thinks of our relationship to be good—even taxi drivers have told us they think we are a good couple.”

He ends with, “We do receive many stares, but I believe it is more curious than harmful- is very beautiful. Many people are starting to get used to the idea of interracial couples, and I hope it will continue with positive reactions because I want to see other couples happy too.”