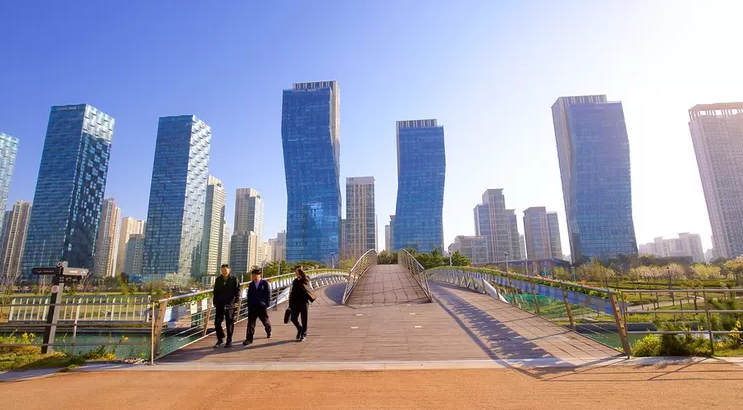 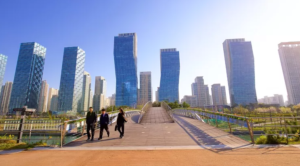 The unpleasant smell of gas and trash has filled Songdo International Business District, South Korea in recent times. According to the Environmental Corporation of Incheon (ECI), Songdo has exceeded the odor emission standards. In a 2018 ECI report, Songdo has doubled the standard amount of emission from 500 ppm to 1000 ppm.

According to Yonhap news, there have been more than 370 complaints from Songdo residents regarding the smell in 2018 alone. Specifically, the complaints were received mostly at midnight. The Research Institute, currently investigating the root cause, stated that the severeness reached its peak during summer when Korea experienced a heat wave.

Residents of Songdo have expressed different opinions of the odor. Mr. Dongsik, a resident living in Songdo I Park apartment states, “I did not think about the smell that serious since our apartment had other issues of food waste. I only generalized that the smell would be from our apartment’s food waste. However, if the residents from other places in Songdo smell the same, that is a problem to be fixed.”

Min, a student of Incheon Global Campus states, “Sometimes I smell the stink in the morning and some other times I smell them at night. For that reason, I’m not sure where the smell exactly comes from.” Likewise, Minkyung, a student from Yonsei University says, “I don’t smell them very often but since it smells like leaked gas, I suspected a gas station nearby the Burger King.”

Just like Min and MinKyung’s assumptions, the local government of South Korea has still not found the source of the mysterious smell. According to Yonhap News, the local government has been inspecting the possible smell generating businesses located in Songdo such as Celltrion and Samsung BioLogics. But unfortunately, there was no clear evidence to conclude where the smell came from.

However, the Incheon Liquid Gas company suggests that Songdo sending trash to the underground pipe is one of the possible problems. Since the trash often are composed of halocline, pipe rusts and leaks, so the smell of the underground trash is dispersed. Incheon Ilbo recently reported how the leakage of halocline also disrupts Sorae Ecology Park located in Songdo, as a number of crucian carp have died due to the concentrated halocline in the water.

Mrs. Jung, another resident from the I Park apartment argues, “I moved in only weeks ago, and I can hardly open the windows. Now I am considering moving to Incheon Namdong District, my previous hometown. I am also afraid if the bad smell affects the house value or my health.” As Mrs. Jung states, increasing number of residents moving out of Songdo have arisen as another major concern. According to Citylab, Songdo was originally envisioned in 2001, to be a sustainable and low-carbon city. But the Research Institute states that the odor is the stumbling block that settles people away from Songdo. In fact, Kyeong Gi Ilbo asserts that the number of residents has decreased in 2018 compared to that of 2017, by more than 1.5 percent.

And to trigger the health concerns as Mrs. Jung states, Incheon Ilbo reported that Incheon Liquid Gas company has found that the odor is a compound of Acetaldehyde, which is a carcinogen. To elaborate, the element triggers nasal cavity cancer, laryngeal cancer, and squamous cell carcinoma. However, there was no mercaptan, which generates the smell of the “leaked gas.”

Furthermore, Yonhap News reported that to unravel the situation and resolve the health concerns, Incheon Liquid Gas company has placed six AI odor collectors to explore the odor more carefully. And these odor collectors are publicized for all the residents to see the progress. Moreover, accompanied by the residents and public officers, a conference will be opened in Songdo to find a solution to the problem.

Indah, another student from Incheon Global Campus asserts, “A clean city is more than just low emission and recycling. Bad smell is clearly a part of pollution and something to get rid of as soon as possible.” Supported by the Liquid-Gas company, Environmental Corporation, and Research Institute, Songdo is looking forward to getting back the Green Vision planned in 2001.