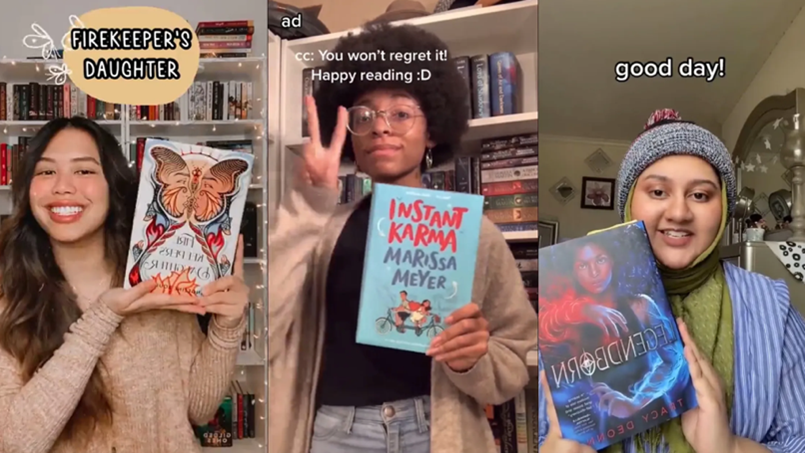 Famous booktok influencers and their huge followings are changing the publishing game. Image courtesy of @thebooksiveloved, @the.ones.about.books, and @aymansbooks.

Amidst the hurricane of global confusion and hysteria caused by the infamous COVID-19, one particular app has risen to stardom within the social media world, changing the advertising game as well as the foundation for social media attraction for good: Tiktok.
While the app was first launched back in 2017, it did not gain major traction in Western countries till early 2020 when the pandemic struck hard and most people were forced into lockdown. As of 2021, Tiktok has reached 1.1billion users worldwide, and more than half range from the ages of early teens to mid-thirties.
Since its launch, TikTok has diversified itself into many small communities that specialize in one specific topic. Often amongst young teenagers in western countries will you see terms such as ‘fashion Tiktok’, ‘queer Tiktok’, ‘anime Tiktok’, and more being thrown around. Each of these subcategories within TikTok represent a community in which like-minded people can share their common interests and further bond and spread information regarding that interest through short and funny videos.
Amongst the hundreds of subcategories, ‘Booktok’, which is an abbreviated version of ‘book TikTok’ is particularly interesting, considering the overwhelming effect it has had on the publishing industry. ‘Booktok’ refers to the subcommunity trend within TikTok in which users relate to one another and create content based on books from all genres. Young teenagers or adults will upload videos that essentially talk about the books they have read, their recommendations and reviews, their favorite book characters and so much more to the rest of the community.
Users’ recommendations are made in millions of ways. Some will tackle a specific aesthetic such as ‘dark academia’ or ‘light romance’, and continue to show a variety of books that fit said aesthetic to that targeted audience. Other users will film a short video showing their immediate reaction after reading a specific book, which ranges from outright joy to sobbing on the floor from how good the book had been. All in all, many books have been climbing the book charts after years of publication due to the free publicity it has received through ‘booktok’.
An example of books that have benefitted from ‘booktok’ fame is ‘The song of Achilles’ by Madeline Miller. Despite being published back in 2012, this particular book has made a major U-turn on the publishing charts, selling around 10,000 every week after receiving 19 million views on TikTok.
Publishers everywhere are now on the move, looking to expand on the colossal impact ‘Booktok’ has had on book sales everywhere, using this platform as one of their prime advertising strategies. Bookstores now have specialized sections that are dedicated to common recommendations found on ‘booktok’. In addition, numerous authors are now making TikTok accounts to further advertise the publishing of their new book, as it reaches a more concentrated and highly influential audience. 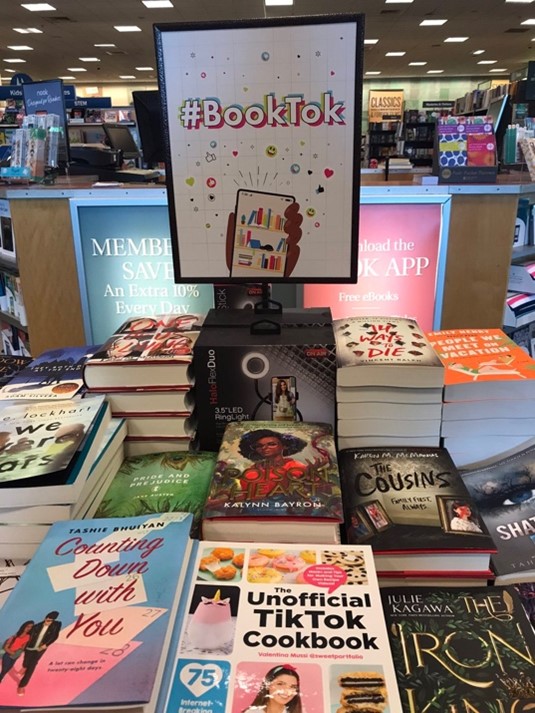 Bookstores all across the US are adjusting to the new trend that is ‘Booktok’. Image courtesy of @michejaw.