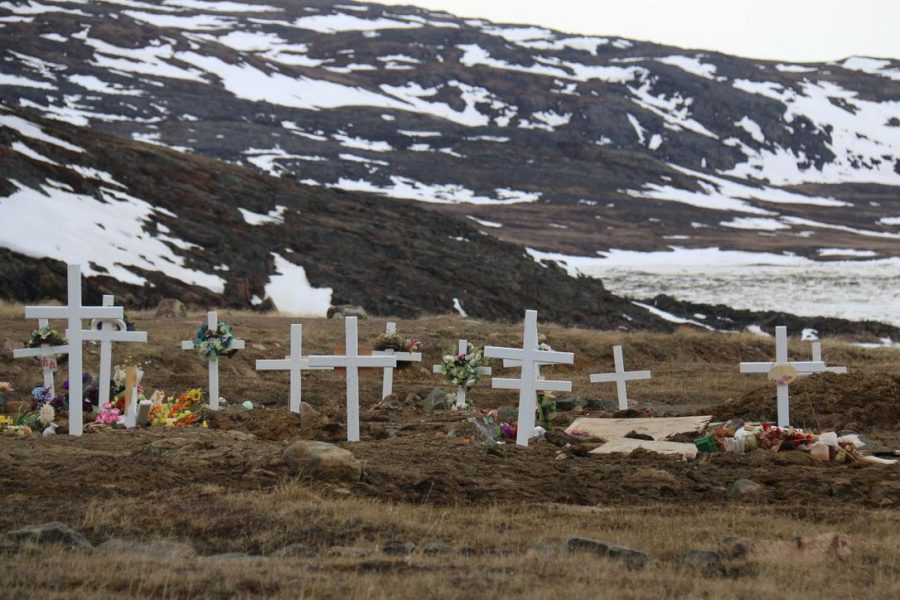 Image courtesy of Tanya Talaga, a reporter of The Star.

The Canadian government has decided to move the Inuit people, a group of descendants from indigenous peoples, to the city of Iqaluit. In two generations, most of the Inuit people have not been able to adapt to the radically changing society, losing the lifestyle and physical home maintained for 4000 years, instead of living homeless in this cold city. Even inside a wooden cabin, minus 3-4 degrees, Celsius is the standard temperature and food is available once a day at the local soup kitchen. The temperature can go down as low as minus 32 degrees celsius and most have no cars.

The Inuit are one of the indigenous peoples living in the Arctic regions of Greenland, Canada, and the United States. About 65,000 Inuit live in Canada, especially in Iqaluit. Iqaluit is the capital city of the Canadian territory of Nunavut, known for its ice-capped mountains and tundra valleys.

However, according to the research Indigenous health in the Arctic: an overview of the circumpolar Inuit population, the Inuit people in Canada currently suffer from one of the highest rates of suicide in the world. The suicidal rates ranged from 5 to 25 times the Canadian average. In the five-year period, from 2009–2013, Canada’s suicide rate was 11 suicides per 100,000 citizens. According to the research, Nunavut Suicides by Region, Sex, Age Group, and Ethnicity, suicide rates are highest for young Inuit men, who are 40 times more likely to die by suicide than their peers in Southern Canada.

The major risk factors implicated in the complex etiology of suicide suggest that “distal predisposing variables (i.e., temperament and genetics) and developmental variables (i.e., early adversity and cognitive style) impact proximal or precipitating factors, such as mental health problems and substance abuse, which when coupled with recent life events can increase vulnerability to suicide” (Suicide amongst the Inuit of Nunavut: An Exploration of Life, Trajectories).

According to Suicide amongst the Inuit of Nunavut: An Exploration of Life, Trajectories, compiled research that looked over the life trajectories from 92 Inuit who died by suicide, matched for age and gender with 92 living-control representatives. The results from this research indicated two different trajectories that differentiate the control-group from the suicide-group throughout the life course. Even though the number of suicide attempts is similar between both groups, the suicide-group had a more important burden of adversity, which seemed to create a cascading effect, leading to increased numbers of successful suicide.

Generally, most psychological theories of suicide focus on individual therapy. However, this suffering should be considered social suffering. The larger systemic factors of the high rates of suicide could be explained by colonization. In this perspective, suicide should be considered as an outcome of socioeconomic marginalization as well as an individual suffering—”loss of culture and language; and government policies and practices that separated families and forced assimilation through residential schools, where widespread abuse and violence had profound effects on individuals and communities” (Suicide amongst the Inuit of Nunavut: An Exploration of Life, Trajectories). Historical trauma, social iniquities, intergenerational trauma, the loss of culture and language, and mental distress and illness should be considered.