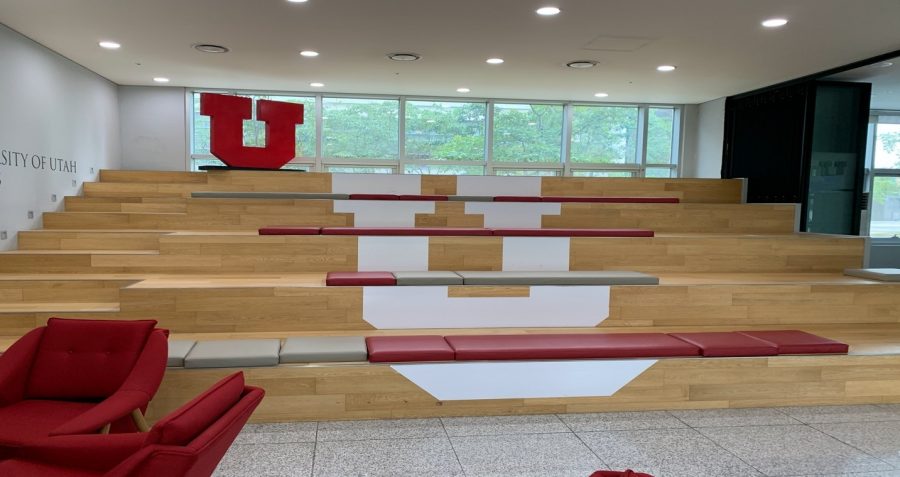 By Sunwhee Mike Park, Editorial Board

SONGDO – Students at the University of Utah Asia Campus (UAC) are demanding a deduction to their tuition rate for the Fall 2020 semester.

Since the start of Fall 2020 semester three weeks ago, over a quarter of the student body has expressed interest in some form of tuition deduction. The overwhelming majority of these students feel that due to the transition of classes from an in-person to online format, the quality of education they receive has decreased significantly.

In a survey sent out to the student body by the UAC’s Student Council, over 90 responses were recorded, including the likes of, “Because of COVID, our class quality [has gone] down… tuition should be reduced also,” or “We all feel that the quality of education online and offline [is] genuinely not the same,” and “We don’t use any school [facilities]… reduce UAC tuition.”

“We requested a scholarship of 10% of the semester’s tuition be given to every full-time student currently registered at the UAC,” says new Student Body President Eui Young Jung, “we felt that, after completing extensive research of tuition deduction policies of other Korean universities, this was the most appropriate course of action.”

An anonymous member of the Student Council reports that CAO Hill has agreed to commence talks with the UAC’s board of directors and Presidents of the three other schools sharing the Incheon Global Campus (George Mason University Korea, SUNY Korea, and Ghent University Global Campus) regarding the feasibility of a deduction to the semester’s tuition.

The Student Council plans to hold a school-wide Town Hall on Wednesday, Sept. 16 in an effort to bring the UAC community closer together, and to hear student, faculty and staff concerns. CAO Hill has agreed to join the Town Hall to address the tuition deduction issue directly.

The first recorded complaints about online tuition rates from the UAC student body appeared unofficially, in an anonymous posting app called “Every Time.” Students’ voices on the app were quickly heard by members of the UAC Student Council, who began devising a solution to the issue as soon as the semester began.

Research of Korean universities’ tuition deduction policies conducted by the Student Council’s Vice President Young Ho Son suggests that at least 122 higher education institutions in South Korea have reduced tuition for the Fall 2020 semester. Of these, more than one-third have granted a 10% scholarship to all students, while approximately a quarter have decided to directly deposit a sum between 100,000 to 200,000 KRW to students’ accounts.

“A potential issue specific to UAC that Dr. Hill mentioned is that we do not have endowments and surplus finances like other Korean universities do,” says Eui Young Jung, “and with the increased financial burden of precautionary measures taken against COVID-19, the UAC may not have the ability to deduct tuition from its students this semester.”

The UAC Student Council reports that it hopes to resolve the issue with a positive result before the tuition deadline ends on September 18.