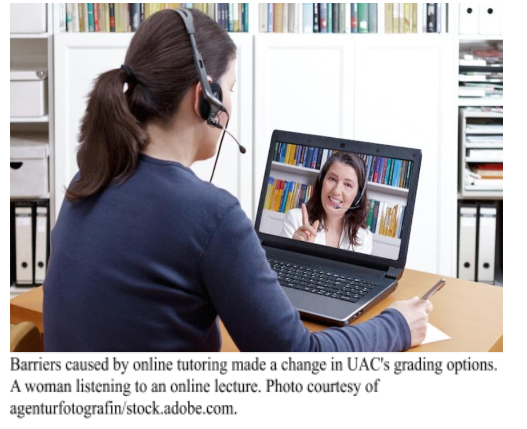 The University of Utah Asia Campus (UAC) officially implemented grading options on Friday, March 27, regarding students who are having trouble learning at a distance. Students are given grading options between traditional letter grade and  credit/no-credit (pass or fail). Offering students the option of grading is prevalent in other universities as well. George Mason University Korea, one of the universities in Incheon Global Campus (IGC) also gave students the option of choosing their grades.

There have been some voices of concern about grade fairness, explaining that grading options are not necessary for all who are undergoing hard and stressful times. An anonymous, Korean, university student criticized the potential possibility of reverse discrimination to students who did their best during the crisis of the pandemic. Additionally, professors will have to face downward leveling due to those who try to make the cut to pass.

The majority of Korean university students are not familiar with the grading option in UAC since Korean education insists on relative evaluation. Only a fixed portion of students will receive an A so those who studied hard have the possibility of getting a B, thus applying the grading option in Korean universities is realistically impossible. The Korean interviewee mainly asked the feasibility and equality of the system and emphasized the competition for better grades, not equal. What she did not take into account were people who have multiple status.

According to Zuleika Bravo, a UCLA senior and a low-income single mother, she mentioned in the Los Angeles Times that shutdowns in schools have made her take care of her daughter and listen to online lectures. The flexibility in choosing her grades can help her compensate for the time she spends homeschooling her kid. Like Zuleika, the grading option has other positive responses. A communication major student at UAC says that students who missed the deadline to withdraw courses can reduce their academic burden by choosing a credit/no-credit option. She mentioned that some students have mistaken the dates to have pushed off a week later with the outbreak of the virus.

“I’m afraid of any disadvantages that might apply if I choose the grading option on my major courses,” said one anonymous student. However, Randall McCrillis, UAC’s Dean of Students, ensured students via email that the withdrawal indication on a transcript can be explained in graduate school applications and future employees a part of the extraordinary pandemic that happened globally.

Grade change requests are not due until Friday, May 22 which gives students plenty of time to rethink their decisions.