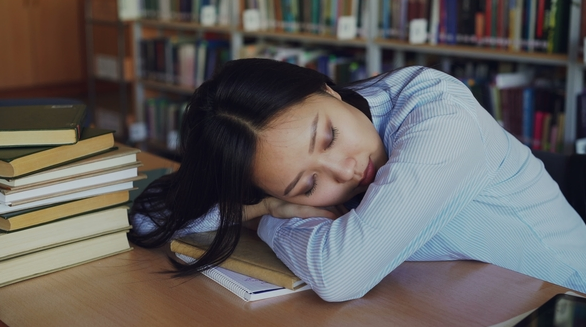 A longitudinal study conducted by Dr. Juana Willumsen of the World Health Organisation between 2001 and 2016; across 146 countries has found that teenagers in South Korea get the least amount of physical exercise in the world.

The comprehensive study published in The Lancet Child & Adolescent Health journal also revealed that 78 % boys and 85 % girls are not meeting the current recommendations of at least one hour of physical activity per day.

Reacting to the report, a concerned Korean parent in Songdo, Incheon believe technology, specifically the negative influence of smart phones, social networking sites, screen addiction and Online gaming hold Korean teens back from physical activities. According to him, ” young people only care about and stare at their phones almost all the time!”.

Incheon National University graduate student, Kim Boyeong also added that the curriculum in Korean high schools where most students stay back in class till 10 pm studying for university entrance examination (Korean Scholastic Aptitude Test (KSAT)) is designed for academic achievement only and not for the holistic development of an individual.

Several undergraduate students of international universities on Incheon Global Campus (IGC) in Songdo have echoed similar concerns based on their personal experience in high school. A State University of New York Korea engineering major described Korean high schools as “hell”! Another added, “it is depressing, boring and too rigorous!”.

Professor of Strategic Communication at the University of Utah Asia Campus in Songdo, Dr Sejin Kim, during UAC’s second Open Forum on High School Education Reform in Korea, observed that Korea’s hagwons (after-school institutes and private academies) are part of the problem.

According to Dr. Kim, students are driven by fear and insecurity to engage in aggressive academic pursuit for fear of not-being-left-behind! In the process, they forego physical exercise, sports activities and outdoor recreation.

The WHO-funded report’s co-author Dr Fiona Bull have recommended that government “policies should increase all forms of physical activity, including through physical education that develops physical literacy, more sports, active play and recreation opportunities. She went on to add that “providing safe environments so young people can walk and cycle independently,” is important.

The current administration in Seoul, led by President Moon Jae-In recently introduced wide-ranging reforms geared towards transparency, accountability and fairness in South Korea’s educational system but many experts have argued that these reforms are too little and too late.

As at the time of filing this report, The Blue House in Seoul- Korea’s equivalent of America’s White House is yet to release any official statement regarding the report. How government will react remains to be seen.

According to the Organization for Economic Cooperation and Development OECD, South Korea is one of the most literate societies in the world with over 70% of all 24 to 35 year-olds in a nation of over 50 million inhabitants have completed some level of university education. Ironically, the OECD also ranks the Republic of Korea as the least happy society with the highest rate of teenage suicide in the world.