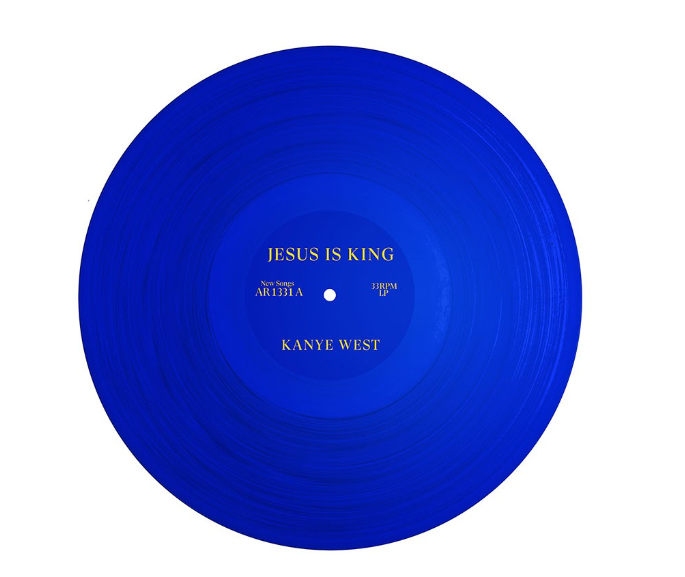 The new album cover of “Jesus Is King”

You don’t know who Kanye West is? Kanye West is a producer turned superstar who is a Grammy Award-winning rapper and fashion designer. Married to Kim Kardashian, an American media personality, entrepreneur, actress, and model, this power couple has been on Time Magazine’s 2015 top 100 most influential people in the world. It is safe to say that Kanye West not only has influence with his brand “YEEZY” but with his music and lifestyle. Kanye’s New album “Jesus Is King” came out on October 25th, 2019. So what’s the big deal? Just another new album right?

Well, with its first week projections, it shows that it is expected to sell 225,000- 275,000 copies and debuted to be number 1 on Billboard’s top 100. However, the most important aspect of this new album is that it is dedicated to God. From the same man who had a song titled, “I am a God”, and saying things like, “Slavery is a choice”, it is safe to say that Kanye West has taken a turn for the better. The songs on this album include, Every Hour, Selah, Follow God, Closed on Sunday, On God, Everything We Need, Water, God Is, Hands On, Use This Gospel, and Jesus Is Lord.

What led him to have such a drastic change? With all the money and power he has in this generation there is nothing new under the sun for him. However, after being diagnosed with bipolar disorder, he had many drug related problems. Addicted to opiods, he was hospitalized after having a nervous breakdown. During this time, he said that he had a revolution to change his habits and turn to God. We see this in his old lyrics like, “I need to talk to God but I’m afraid since it’s been so long (Jesus Walks)” or “But I’m looking for more/ Somewhere to feel safe, and end my holy war (Ultra Light Beam)”. Speaking to many public media outlets, Kanye West has recently told Jimmy Kimmel that he is living for Jesus, “Christian Everything”.

Whether religious or not, Kanye West’s confession to being a born again Christian was a huge sucker punch for today’s pop culture society. There are not a lot of openly Christian celebrities, especially ones as influential as Kanye West. On a personal standpoint, I see many of my agnostic friends on social media listening to his music and reposting his song from Instagram, Twitter, and Facebook. Although their religious perspective might not have changed, the influence that his music has is definitely showing even within the small scale of my personal friends.

As great of a hit as his album is, there are some backlash to the music he created. For example, Tobi Oredein, a writer for the Premier Christian Magazine, wrote, “He’s employed a choir of people who are not only singing his songs, but are all dressed in his apparel. Is Christ really at the center of this gathering?”. Yet again, people who have made it inside of this Sunday Service like Grammy nominated gospel singer, Dr. Ricky Dillard, said that his combination of gospel, hip-hop, and house music was “rejuvenal, inspiring, uplifting…Kanye is a part of the contemporary movement which has revolutionized music”.

The Christian traditional church is known for staying quite conservative in nature and knowing so, Kanye West has put lyrics in his music relating to the backlash he knows he will receive. In his song Hands On he says, “They’ll be the first one to judge me / Make it feel like nobody love me,” and in another track called Selah he says “Before the flood, people judge / They did the same thing to Noah.”

Theologian, Alisha Lola Jones, said “At the end of the day, artists have to ascribe to what will make sure their product is consumed, even if it’s by people who are ridiculing it… To me, the album’s provocations and contradictions are all that he needs to get people to listen”.