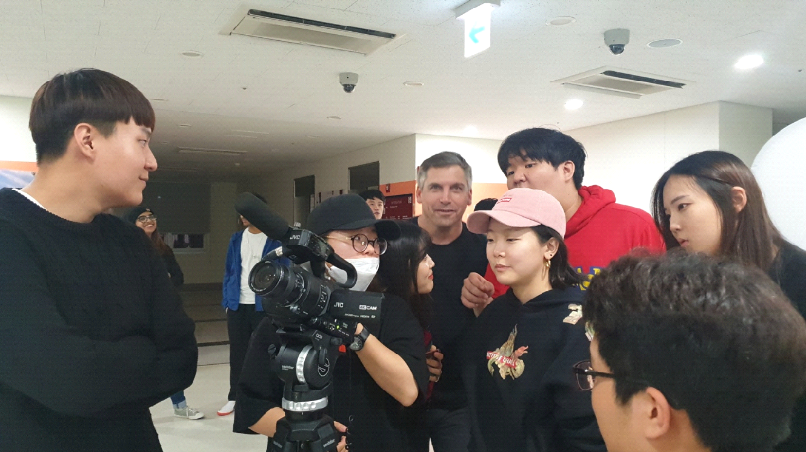 The M.A.P. (Media Arts Production) club successfully held Horror Night on Friday, October 25th. Friday Horror Night was held at UAC by M.A.P. in collaboration with UAC students to make films celebrating Halloween. The Friday Horror Night program was separated to three main parts—Pre Production, Production, and Post Production—in order to enable participants to learn their respective filmmaking roles. All UAC students were eligible to apply to the event and participate in making horror movies. However, M.A.P members found themselves conflicted before the event due to a lack of applicants.

According to YoungHo son, president of the M.A.P. club, the Horror Night event pursued an experience where not only M.A.P. members but also UAC students could enjoy and hang out together through a cooperative Halloween event. However, there were too few participants who had applied, bringing concern to the club’s members.

“We expected that many students could participate in the event and learn the processes of producing films including planning, shooting, and editing so that Horror Night can encourage UAC students to learn mechanism easily and communicate together. Yet, little students applied to the event during applying period.”

Fortunately, when Friday Horror Night was held, nearly ten students attended to participate in the filmmaking event. Including the M.A.P. club members, Friday Horror Night saw more than twenty students assembled and cooperating with one another in order to make one horror movie regardless of incentives. One of the UAC students who undertook the director of Horror Night posted long message via SNS.

“By paying attention to more than six hours, I appreciate to every student who engaged in the film.”

The filming process for the Horror Night event lasted until midnight at UAC, and the editing took three days to finish. Likewise, Friday Horror Night showed just how much enthusiasm UAC students have for learning and engaging in making films.

The horror movie created by the students will be screened tomorrow on November 5th.