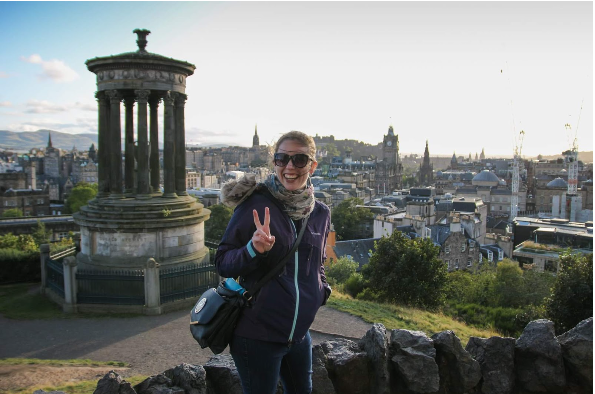 Anna Yacovene visits Edinburgh which is the capital of Scotland. This is one of many trips around the globe she has been apart of. (Photo: Anna Yacovene)

UAC has recently welcomed a new member to the community. Her name is Anna Yacovone and she is the university’s new International and New Student Coordinator. This is one of many new hires that occured within the school, including the hire of Kevin D’arco who is the school’s newest Assistant Director of Student Life. This comes after the two positions were left open at the end of last semester.

Anna was officially hired towards the beginning of August 2019  with her official start date being September 15th. The delay was a result of a mishap in the immigration process. As a result, she has done her best to accustom herself to her new position and adapt to the processes she has to work with.

The previous coordinator had left a guide which has helped Anna adapt to the position. Kevin, who interimed for her position before her arrival, had also shared his knowledge of what the position entails. Anna said that “the students have been very patient and have assisted in a variety of ways”. This includes many students who are going through the process of preparing to transfer to the main campus next semester.

As the International and New Student Coordinator, Anna is in charge of preparing for new student orientation, international students, and events held by various students groups. She also oversees student organizations, assists with studying abroad, and helps students who are transferring between UAC and the Salt Lake City main campus.

“I was fascinated by the idea of an American university like Utah being apart of a global campus,” she said. She also stated that she was really interested in assisting international students who were the minority in a country like Korea.

Before coming to Korea, Anna had traveled to various countries all over the world and has worked to put her degree to use after graduating with a Bachelors in Global Services from the University of Western Kentucky. She also received a second degree in Organizational Communication.

While in college, Anna was an international study abroad student and began her career in the university’s study abroad office. She traveled abroad to Italy for 6 weeks and also studied at Thammasat University in Thailand. While working at the University of Western Kentucky, she traveled frequently with faculty for programs to places such as Cuba and also set foot in Korea for the first time in 2016. Anna mentioned that Korea fascinated her and she loves the “Korean devotion to food whether it is traditional or their western take.” She hopes to visit other parts of Seoul besides just the main cities as she continues to stay in Korea. Anna has other jobs abroad as well including education in Afghanistan and Laos where she stayed for a year. 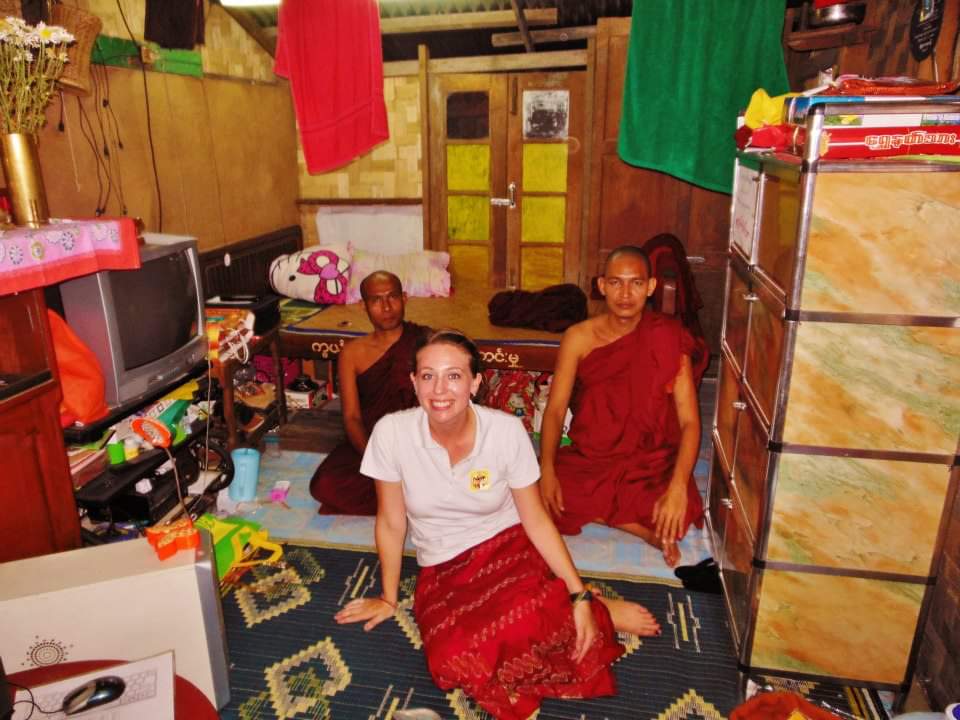 Anna participates in a back ceremony in Vientiane, Laos. She spent a year in Laos and made an effort to learn the native language as well. (Photo: Anna Yacovene)

As the new International and New Student Coordinator, Anna listed her two main goals in her position. As UAC approaches its 5 year anniversary and is reaching its next phase,the school is assessing its identity and what it wants to do with its future. “As faculty, I want to help students realize what UAC should be or what it means to them,” she mentioned. Anna already loves that UAC is tight knit but also wants to help students develop more of a sense of school pride and bridge the gap between the main campus an our campus here in South Korea.

Anna’s office is located in Student Leadership and Involvement Center and is excited to continue working UAC students this semester and in the future as well. She encourages students to visit her office if they ever need assistance or have any questions.