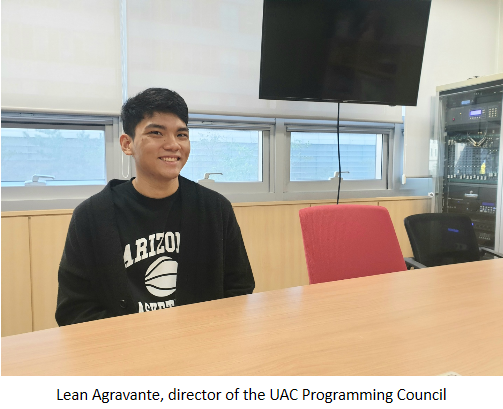 On October 8th, Lean Agravante, the director of UAC Programming Council (UPC), spoke about the upcoming Halloween event expected to be hosted later this month.

The UPC Director initially hesitated in providing too much detailed information about the upcoming event, but did say that “this Halloween event will be ready for haunted houses, movie screenings, mini games and costume contests.”

He was quite confident that the quality of the coming event would surpass that of last year’s, as the committee was able to secure a significant amount of financial support from the Salt Lake City campus due to the major success of the previous year’s Halloween event. 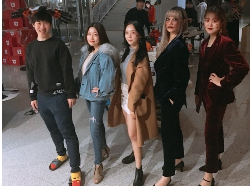 Regarding the haunted house (which students hold high expectations for), he said, “the only information I can provide right now is that the haunted house will be prepared on the 6th floor same with last year, but this time we will have two haunted houses with same theme to make sure that more students can go through them.”

He expressed deep regret about last year’s event, particularly regarding how many students were lined up but did not have an opportunity to enter the haunted house, and stated his desire to prevent this unfortunate situation from repeating itself this year.

“Students can expect an experimental lab/hospital theme for the haunted house this year.” he added.

In addition, he provided an apology for the last costume competition over how he felt it did not progress as well as he had hoped due to a lack of staff members, and said that the UPC members would put in more effort on its improvement.

“We will also have a big prize for the costume contest, so everyone should come prepare for it.”

He also delivered a message that the UPC members are looking for volunteers to help plan and organize the upcoming Halloween event.

“We are planning to have a team dinner with the volunteers after the event and of course we are going to spend a lot of money on it. The experience of working in the haunted house will also be great, so I encourage everyone to volunteer to work for it,” he said.

Finally, he was sure that the Halloween event would provide a very fun experience for the students, and hopes that the student body will join together to partake.

The UPC is a department dedicated to creating a fun community environment within UAC through holding a variety of events. Among the events that are hosted, the Halloween event is particularly distinguishable because of its high popularity among students.