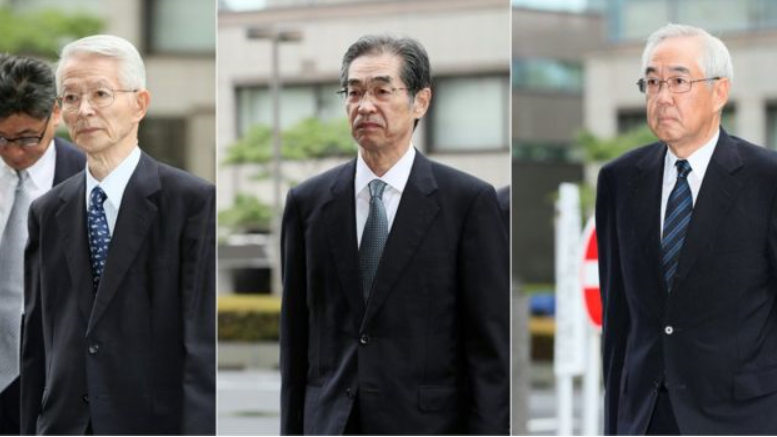 TEPCO (Tokyo Electric Power Company) was the only company prosecuted for the 2011 Fukushima disaster. The Fukushima nuclear power plant and it’s former chairman and two former vice presidents were accused of negligence as they didn’t implement safety procedures on the day of the disaster. The trio stay adamant to their defence that they are not responsible as they could not have predicted the 2011 Tohoku earthquake, as it is the 4th largest earthquake in history. To the shock and disappointment of many, judge Kenichi Nagafuchi ruled that the three former TEPCO executives could not have foreseen the 9.0 magnitude earthquake.

The Japanese government has only recently opened the Fukushima trial after consistent legal efforts from those who were affected first hand by the disaster. Eight years after the disaster, tens of thousands have been evacuated and most of them still struggle to find housing as they have lost their livelihood. Additionally, 44 hospital patients have died because of the emergency evacuation and who knows who else was affected because of the radiation leaks that circles around every part of earth. The results of the trial caused outrage from all the people affected by the disaster as they originally wanted for the trio to face 5 year of imprisonment.

In efforts to depress the radiation, the cleanup efforts are expected to take decades and billions of dollars. Every day 300 to 400 tons of radioactive water is made and are stored in water tanks at the site. Even after these efforts the highly radioactive water seems to leak into the ground and into the ocean. Neighboring countries, South Korea and China, have spoke of their concerns relating to radioactive contamination. “Japan’s government estimated in 2016 that the total cost of dismantling the Fukushima Daiichi nuclear power plant, decontaminating the affected areas, and paying compensation would amount to around $200 billion.” Although the concerns from citizens from Japan’s neighboring countries have died down, the results of the disaster continues to cause concern from environmentalists and politicians.

Similar to the Fukushima disaster, the Chernobyl disaster of 1986 is still paying for reparations and the city is still inhabitable. Even today, there are certain areas in Chernobyl and neighboring towns where radiation is so high that staying in the same area that the high levels of radiation will slowly start to kill you with effects within 4 hours. Experts say that Chernobyl can be safe after 20 to several hundred years and even still this estimate is just based on areas that are common for people to come across, the Chernobyl reactor itself can take upto 20,000 years for the radiation to die down.

Unlike the Chernobyl disaster, the Japanese government has made great efforts to clean up the waste and so far 14 million tons of waste has been cleaned up and buried underground with an average of 4,000 workers working to do so. In theory, there are small islands of land that are low in radiation in Fukushima that the Japanese government is planning to open up for people to come back to their homes. They claim that 40 percent of Fukushima are safe for the general population but the majority of people believe that these efforts from the Japanese government for political reasons. Unlike the claims the Japanese government are stating, there still remain highly radioactive areas all around these safe livable land masses which the future citizens will have to pass through every day. The United Nations has accused Japan by raising the standards for livable radiation levels to a factor of 20 in order to push citizens back to these areas. Even from 20 kilometers away, the radiation is in deadly levels in most western standards.

TEPCO’s former chairman and two vice presidents are free from any punishments and are considered as not responsible even though there were many warnings about how their sea wall was too short years before. Additionally, the infrastructure of the Fukushima reactors were not at all successful with their safety protocols and fire evasion systems. We can only wait to see what the Japanese government plans to clean up Fukushima and make further progress in keeping the radiation from spreading. For the people directly and indirectly affected by this disaster their only hope to see justice being served will have to be put to an end and we can only question what extent a worldwide disaster can be left unaccounted for.